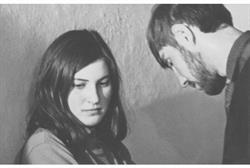 “What causes the fights and quarrels among you? Don’t they come from the evil desires at war within your heart?” (James 4:1) Take a hard look at those two words – your heart. James does not say, “Your husband’s heart, your wife’s heart, your friend’s heart.” Inspired by God’s Holy Spirit, James says, “YOUR heart”. Obviously, as a counselor the main issue I encounter is relational conflict – conflict that begins in the heart. The majority of my counseling relationships are initiated by one person seeking help to change someone else. In all honesty, most of us mistakenly assume, “If others were more like me, the world would be a much better place.”

Please understand, I realize that people are deeply hurt by sinners who must seek repentance. There are, in fact, situations in which righteous anger is appropriate. But, have you ever considered that God allows conflict in your life for His glory and your good? By permitting conflict in our relationships, God invites us to see our sin and be transformed by His redeeming grace. For example, James makes it clear in chapter 1 that the Father tests His children, while Satan tempts the people of God. James intentionally clarifies the difference between tests and temptations. Just what is the goal of a test anyway? Testing often makes me think of high school. Hopefully, like me, you had a great teacher at some point in your life. Mine was Mrs. Thompson, my senior English teacher. When Mrs. Thompson gave me a test, do you think she wanted me to fail – or knock it out of the park with flying colors? I would suggest Mary Thompson wanted me to succeed on the test even more than I did! That’s the kind of Father in Heaven you have – One who tests His people, wanting them to do well and honor His Holy name. Satan, on the other hand, wants you to fail. This is where conflict begins.

What does conflict look like in your marriage or other significant relationships? Remember – it’s not if you have conflict, but when. All relationships have an element of conflict because they involve two broken people who struggle with sin. Conflict handled in a godly manner leads to conviction, repentance, and redemptive conversations. However, dealing with conflict in an ungodly way produces fights, arguments and disruptive dialogue. So, how you deal with conflict determines the direction for your relationships. Ungodly conflict resolution yields unhelpful fruit. We often deal with conflict with one of three self-centered approaches. First, ungodly conflict resolution might look like trying to win an argument. Or, maybe it focuses on doing whatever it takes to please yourself or another person (whether or not it’s truly helpful). Perhaps your strategy is to avoid conflict altogether. Satan wants nothing more than for you to employ one of these tactics when facing conflict: winning, pleasing, or avoiding. The Evil One wants you to fail! However, the apostle Paul admonishes us repeatedly to handle conflict in a Godly manner. In other words, as God speaks through Paul, the Holy Spirit passionately inspires us to pass the test, not give into temptation.

So, how does God instruct us to deal well with conflict? Through His grace, by way of His Word, God calls us to encourage one another, help our brothers and sisters, and speak the truth in love to each other. (I Thessalonians 5). In future blogs, I will delve deeper into our call as image-bearers of Christ, but I want to begin with a critical – and often uncomfortable – truth: We will never pass God’s test of relational conflict as long as we think the other person is the problem! In other words, we must first examine our own hearts before accusing someone else. Consider how Jesus speaks about conflict in chapter 7 of Matthew’s gospel, “First get rid of the LOG in your own eye, then you will see well enough to deal with the SPECK in your friend’s eye.”

Until the goal of our conflict resolution is to honor Jesus, our growth in grace will be stifled. But here’s another counterintuitive truth of Scripture: Jesus and James clearly communicate that both people are the greatest offender in relationships. Only when we embrace this reality can we approach conflict with humility – a clear indication of growing in Christlikeness. So, the next time your spouse calls you on the carpet for hurting her feelings, how will you respond? Will you try to win the argument, give in just to please her, or even try to avoid the conflict completely? If so, you inevitably will be fighting the wrong enemy. Instead, ask for forgiveness as you remember how many times you’ve actually hurt her. See if moving towards her in humility transforms your heart that is prone to defend and fight. Remember, Satan is the real enemy, not your spouse. And, as a believer, you are already forgiven in Christ. How can you not forgive others created in His image?