The Jealousy of God – David Elston 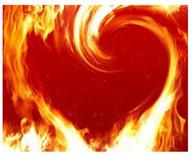 Picking up where we left off in our last blog, James 4:5 says, “Or do you suppose it is to no purpose that the Scripture says, ‘He yearns jealously over the spirit that he has made to dwell in us’?” In other words, God created us to worship him; and because of that, he is jealous when we worship other things. God designed our hearts to love him above all things, and he is jealous when we give it to other lovers. God made our bodies to serve him alone as master; and he is jealous when we serve other masters.

But what exactly is jealousy? What are you saying when you are jealous? When you are jealous for someone, you’re saying, “That’s mine! That’s my wife! That’s my husband!” For God, jealousy toward his creation and creatures is always right and proper, because as the Creator, everything belongs to him! Likewise, when God sees us flirting with the world, he says, “No! You belong to me!” When God sees us seducing and being seduced by the objects of our desire, he says, “No! You’re mine!” This is the part of this passage that just blows me away. Despite all the countless ways we sin against God and one another, we are wanted! Despite all the ways our hearts betray the Lord, we are still wanted! Despite all the ways we prove unworthy of his love, God still wants us for himself.

So you see, the jealousy of God is good news, because it means we’re wanted. In fact, God’s jealousy is what propelled Jesus to give everything for us at the cross, even the very blood in his veins! Because it is only by the untainted blood of God’s Son that an unholy, jealous people can be cleansed for a relationship with a holy, jealous God. It was with a jealous love that God so loved the world that he sent his only Son. It was a jealous love that God demonstrated in that while we were still sinners, Christ died for us.

And it’s only by the cross that James can say what he does in verse 6: “But he gives more grace.” What a line! “But he gives more grace.” To put grace simply, God gives us good things we don’t deserve. As we become less and less worthy of God’s love throughout our lives, God’s grace abounds all the more. God’s grace invites you initially to trust in him for the forgiveness of sins. And God’s grace also stays with you even as you struggle with sin for the rest of your life. God’s grace bids you come as you are, today, despite your sinful heart. And God’s grace sanctifies you tomorrow, the next day, and the next. In spite of all we read about ourselves in James 4:1-5, God gives more grace. This grace is what makes him so much more desirable than anything on this earth!

In Christianity, we are not called to leave our desires at the door. Rather, we are called away from our desires for the world TO the better desire for Christ. That’s what James does in verses 7-10. He calls us again and again back to the true worship of our jealous God – a better desire. Because it’s only as our vertical relationship is renewed that our horizontal relationships can be renewed. It’s only as our hearts begin to worship rightly that our hearts begin to desire rightly. As one Puritan preacher said, “The only way to dispossess the heart of an old affection is the expulsive power of a new affection.” Whatever sinful mess you are in, you worshiped your way into it. Now worship your way out.* Our God does not call us away from our earthly desires to a heavenly boredom. He calls us to take pleasure in something that is deeper, richer, and more beautiful than anything we could ever find on this earth – namely, himself.