Personal message from Dr. Tim Lane:  Having known Chase Maxey for years, I consider him a close friend, a co-laborer in biblical counseling, and a dear brother in Christ. As colleagues at CCEF, I saw the Lord grow Chase’s passion for loving people well in this fallen world. My soul is deeply encouraged by how our Father is graciously using Biblical Counseling & Training Ministries (BCTM) to further His kingdom by pointing hurting people to Christ – the only Hope for our weary souls. 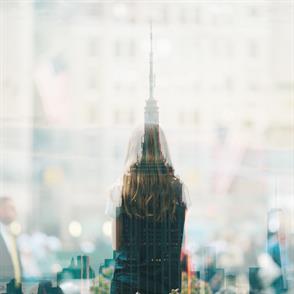 When you reflect on the past few months in the U.S. – political unrest, racial tension and debates over immigration policy, to name a few — do you find yourself pessimistic and fearful or optimistic and hopeful? Depending upon where you stand on particular issues, a wide variety of responses can be seen. For some, it may evoke celebration. For others, deep sadness. Some, anger, and for many, a great deal of fear. Yet, looking at our particular zeitgeist in comparison to what believers in the Old Testament and the New Testament faced has a way of providing helpful clarity as well as deep optimism. Yes, I said optimism! I am talking about deep biblical optimism, not pollyannish optimism.

In order to get some perspective, let’s consider one example from the life of the Apostle Paul. In Acts 18, we learn that he is near the end of his second missionary journey. He is leaving Athens and heading to Corinth. That, in and of itself, is worth considering. Paul’s time in Athens bore little fruit as far as we can tell. There was no successful church plant there that we are aware of. As Paul leaves Athens and arrives in Corinth, he says this,

I came to you with great fear and trembling (I Corinthians 2:3).

Prior to his time in Athens, Paul had experienced significant persecution for his work of spreading the gospel. The bottom line is this; Paul is struggling with fear as he faces opposition. He is a minority in the cities where he moves and preaches the gospel. He is outnumbered. People think he is crazy and narrow-minded. He is an outcast. His values are at odds with the culture he is moving and living in. Corinth, itself, was a challenging city. Not unlike many of our modern cities in the world.

It is within this context that Jesus speaks to Paul in Acts 18. Listen to what Jesus says and how it is very relevant for believers today.

9 One night the Lord spoke to Paul in a vision: “Do not be afraid; keep on speaking, do not be silent. 10 For I am with you, and no one is going to attack and harm you, because I have many people in this city.” 11 So Paul stayed in Corinth for a year and a half, teaching them the word of God.

The last phrase in verse 10 is a game changer as we ponder how we relate to our culture as Christians. Paul certainly hears words of encouragement that bring new strength and resolve to his efforts. Jesus promises to protect him and be with him in the midst of his work in Corinth. But Jesus goes another step. It is a positive statement that changes Paul’s perception of those he will encounter as he goes about his gospel work.

Jesus says that many of Paul’s present adversaries will be his future brothers and sisters in Christ. Not all of them will. Paul will experience ongoing persecution and rejection. That comes with the territory as we follow the King of a very different kingdom. Yet, as Paul relates to his current enemies with a tone and posture of grace, conviction, humility and tenacity, people will find hope and grace in the One whom Paul knows and proclaims.

How are we doing as a church in the 21st century within the context of our culture? Are we pessimistic or optimistic? Do we live in fear or in hope of the advancing kingdom of God; a kingdom of grace, mercy, forgiveness and joyful repentance?

What about your particular church? Do we see the cultural challenges of the day as opportunities for pastoral apologetics; a winsome and persuasive display of God’s kindness and call to a changed life?

What about you? Do your family members, co-workers and neighbors enjoy your company or hope you don’t show up due to your strongly held opinions and the way you express your convictions? Are you fearful and self-righteous?

Paul’s tone and demeanor shifted radically upon receiving Jesus’ counsel. It is the same counsel that you are receiving today. The King is on the move rescuing folks just like you and me. In fact, he wants to use folks just like you and me. We have an opportunity to be the church and represent our gracious King. This starts by building bridges and connecting with people; especially with those whom we may disagree.

Sound scary? If so, know that you have the same promises and encouragement from Jesus as Paul did as he moved to Corinth.

Dr. Timothy S. Lane is the Founder and President of the Institute for Pastoral Care, a non-profit that equips local churches in caring for their people, and Tim Lane & Associates, a counseling practice located in Peachtree City, GA. He is a minister in the Presbyterian Church in America (PCA), having been ordained in 1991 and a member of Metro-Atlanta Presbytery. He has a Master of Divinity degree and a Doctor of Ministry degree in Pastoral Counseling.

Tim has authored Living Without Worry: How to Replace Anxiety with Peace, and co-authored How People Change and Relationships: A Mess Worth Making. He has written several mini-books including PTSD, Forgiving Others, Sex Before Marriage, Family Feuds, Conflict, and Freedom From Guilt.

Tim and his wife, Barbara, now live in Atlanta, GA, as he continues to counsel, write, speak and travel both nationally and internationally.  To connect with Tim, please visit http://timlane.org/.